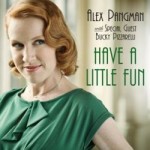 This gorgeously engineered and produced album catches that peppy 30’s radio-studio singer-with-a-band sound. Bucky Pizzarelli guesting on guitar strums it sometimes like the rhythm instrument it was back then, and also picks mad solos as on “Autumn Leaves.” Pangman’s  guest-enhanced group, Alleycats, as always do fine dance-band swing, and with Peter Hill on piano do right by traditional Dixie with an assist from Ross Wooldridge on clarinet. Guests Jesse Barkdale on guitar and Drew Jureka’s violin bring back memories of Djano and Joe Venuti. The apex of the fun is Alex herself, classy and warm. She puts a capital on the “H” in words like ‘Honey’, and ‘Hugging’, and nowHere. I enjoy her skill in skirting the highs and lows of pitches outside her range, limits her vibrato at lines’ end, and concentrates on putting her natural, vibrant colours into the vocal lines. Standards like “Some of these Days,” “I’m Confessing,” and “Just One More Chance,” take loving to the next level. Alex adds to the fun with 30’s movie tunes like “Shanghai Lil”(Cagney / Ruby Keeler) and novelty tunes like “Topsy Turvy.” A couple of her originals— “The Fog Song” and “Melancholy Lullaby are pretty good. So why not— Have a Little Fun. 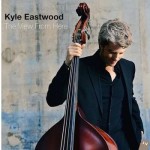 The title track of Kyle Eastwood’s latest album has it all. It opens with Eastwood tattooing high electric bass figurations followed by the first of several hornologues: Quentin Collins’ trumpet talking to Graeme Blevins’ sax with Andrew McCormack’s crisp piano reading between their lines. The ghosts of Miles Davis, Freddie Hubbard, Basie and bop mingle among the blue, incredibly rhythmic riffs of this well-constructed tune, and something new, a cool kind of mellow that Eastwood and company bring to the brew. That blows in on the breeze from Africa in tunes like “Sirocco,” “Luxor,” and “Un Nuit Au Senegal,” with a hint of funk and a dissonant, knowing, world beat. Drummer Martyn Kaine is always an easy-going and relaxed partner in time-keeping to Eastwood, standup and electric, starting with “From Rio To Havana,” down through “Rote de La Buissonne’s” homage to The Big Easy. A blend of quirky-smooth ensemble playing tastefuly worked with outstanding solos, The View From Here looks good to me as a classic companion for some time to come. 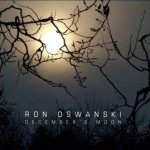 B3 organist Ron Oswanski introduces his debut album as a leader with this riff: “It may look like an “organ jazz” record, but trust me: this is anything but.” As it happens, I’m not crazy about most organ records (saving some with Joey DeFrancesco, Ted Riley and Jack McDuff), so this sounds like good news.  Oswanski also plays accordion and piano, which helps. Nonetheless, it takes a while for Tim Reis’ saxophone and the world class ensemble featuring guitarist John Abercrombie to get me past traditional organ music into the warm depths of a more worldly-music groove. Oswanski contributes his happy “Ukrania Polka,” and moony, mellow, modified jazz tune “Mercury Retrograde,” that runs John Abercrombie’s guitar alongside some lively sax lines for 6 minutes. The title tune, “December’s Moon,” also Oswanski’s arrangement, is lovely and other-worldly, in the way of Debussy, as are Led Zeppelin’s “The Rain Song,” and “Milk of the Moon.” The presence of personnel like bassist John Patittuci and the ubiquitous drummer Ian Froman, help to locate December Moon in territory unstaked by most organ music I know, and that’s a good thing. 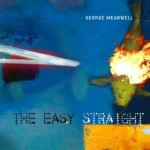 There’s a folksy elegance to George Meanwell’s lyrics. Meanwell sings like a vagabond poet, a  troubadour with enough of everything in his life but love and time. His musical lines are made very well. On the title track he plays the banjo alongside Anna Atkinson’s minor violin making music that engages in the way of “Cripple Creek,” or “Foggy Mountain Breakdown.” Anna’s violin weeps in “One in the Morning,” as she sings deep, melancholy harmony with George and they get a good hypnotic thing going. “Song of Innocence” and “Waiting” take the mood temporarily uptempo, the former featuring swinging clarinet lines by Ian Harper, and a reference to ‘watered taffeta’–how cool is that in a folksong? “Waiting” takes a turn into bluegrass country,with Eric St.Laurent’s attention-getting lead guitar running riffs in and out of George’s guitar rhythms. Anna gets a long violin solo on the blue lullaby ” It Doesn’t Serve.” The most interesting tune is “The Words I Want” for it’s trenchant lyrics and elegiac instrumental accompaniment where  Meanwell’s banjo lays down an elaborate tick-tock donkey-trot pace, Anna’s accordion overlays a chanson feeling, and Graham Hargrove manipulates unreal metallic clanks out out his toy pianos. “Ghost Light” serves up contrapuntal variations for banjo and guitar. The album ends on a surreal send up of a sermon the text of which goes “A man without gin doesn’t need less vermouth.” Michael McClennan on bass keeps good time on all tracks, most of which were made in one take. Meanwell’s work here is that of a man who is running out of time. There is more poetry and music in The Easy Straight than even sophisticates like you and I can get from one listening. Bonus: A DVD of the recording session is included.