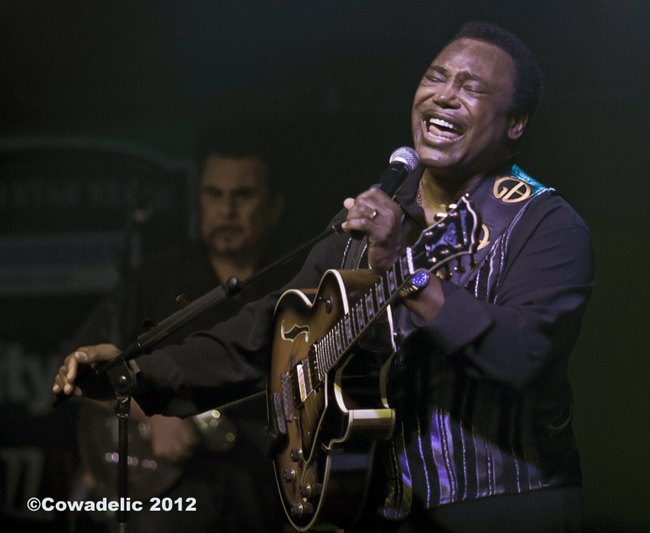 “I can play this here guitar,” sang George Benson for his finale. “Yes you can,” said the tent-full of fans he brought to their dancing feet.

Benson has been playing that there guitar since the early 60’s when he was tagged as heir apparent to the line of hot guitar guys from Charlie Christian, through Hank Garland, Johnny Smith and Wes Montgomery. But the success of his funk and swing style that got him work with  jazz badasses like Ron Carter and Miles Davis left him wanting more.

He wanted to get people out of their heads onto their feet, and he wanted to sing. The first time he tried it in the studio “everyone booed.” Imagine! But Benson pushed on, and in 1976 album Breezin’ won three Grammies and became the first jazz album to go platinum. He brought back the thrill of that title-track smooth-jazz standard last night, and “Masquerade,” the subsequent R&B pop smash where Benson does a blazing scat on his guitar break. 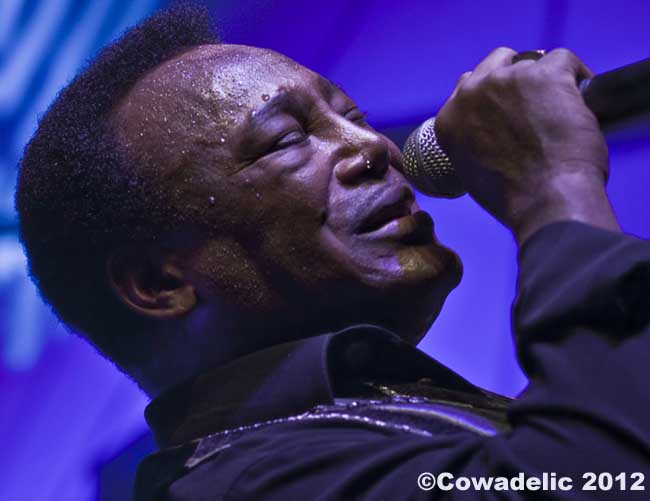 There is kind of  “Angel of Music”— Phantom of the Opera emotionality about Benson’s work. The ‘soul’ in tunes like “Give me the Night” is gospel religion eroticized and made hypnotic by the message of love rocking to a funky pelvic beat. The simple words, catchy music, and Benson’s gospel preacher sincerity make you feel love is possible,(“Lady Love Me One More Time”), that you can “Turn Your Love Around,” and that “Nothing’s Gonna Change My Love For You.” His is indeed “the music of the Night.”

We also got some great stuff from the new album, Guitar Man which adds an edge of hip-hop and Caribbean to Benson’s brand of R&B in tunes like “Tequila,”  which he picks thumb-style in tribute to Wes Montgomery ; “Fingerlero,” and, get this—“Danny Boy” for which George gives up his signature Ibanez GB300 and straps on a classical spanish guitar. Ben Williams on Bass, Harvey Mason on drums and music director David Caulfield added stellar touches to the evening’s excitement. 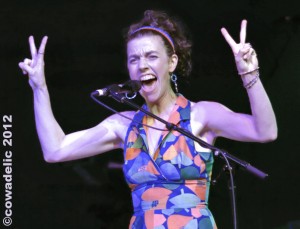 Treasa Levasseur and her Blues/Roots/Soul band got the evening off to a cheerful start. Treasa is a wide-awake, multi-instrumental shouter of song-stories with great titles like “Stuck in Soulsville,” and “Stop Me and My Big Fat Mouth.” Treasa’s band, with two horns, backs her with a big sound featuring David Baxter on guitar.