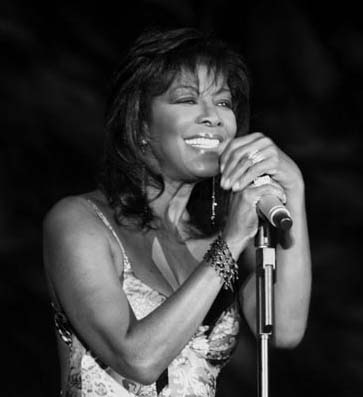 Heavy weather in New York delayed her flight forcing Natalie Cole to miss her TD Jazz concert, but a houseful of fans loyal to Mario Romano remained to hear his Quartet open and close the show.

Mario is a beautiful cat. His apologetic introduction was hilarious, and his playing touches the heart.

The Quartet with Mark McLean subbing for Mark Kelso on drums plus trumpeter William Sperandei did a set that made me forget the Unforgettable One. Mario’s arrangements bop in from far left field and make a lovely surprise when they land on the melody, as in “Autumn Leaves,” and his  “Norwegian Wood” is fabulous. Roberto Occhipinti opened “The Sunshine of Your Love” with a masterful, enigmatic bass solo. Pat Labarbera’s monster tenor sax weighed in wonderfully on “St. Dominic” and I remember Sperandei’s work on the closing number “Non Dimenticar,” which Nat King Cole reminds us means “Don’t forget you are (my darling).