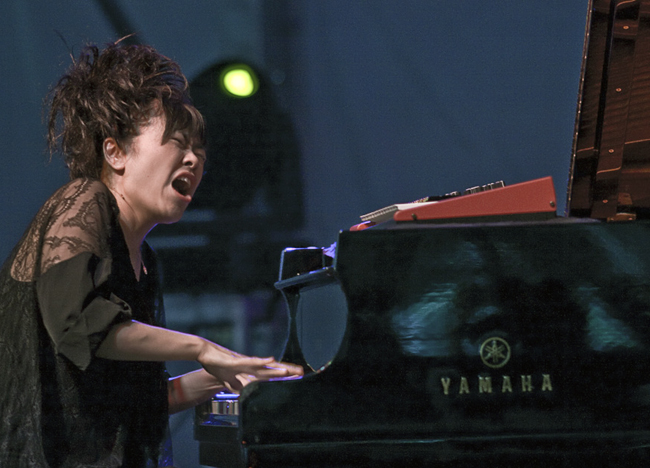 Sunday night at the TD Jazz Festival Mainstage was a win win situation: Hiromi’s Trio Project filled me with joy, and then The Bad Plus, plus Joshua Redman, kicked the mood up a notch to unadulterated bliss.

Part way into Hiromi’s set I said to myself, “Hey, you forgot your earplugs.” Yes, a perfect night in acoustic heaven got under way the moment she bounced onto the stage beaming her 1000 watt smile, and started feeling her way around the slow bam-bam classical sounding riffs of her tune “Delusion,” noodling them ostinato in dialogue with Anthony Jackson’s six-string contrabass guitar while Simon Phillips’ talking-drumset added to the conversation.

As the set rolled on through compositions from the Trio’s latest album Voice, my mood expanded from ‘excitement’ to ‘happy’. Then came ‘joy’ as the theme from Beethoven’s Piano Sonata No. 8 (Pathetique) rolled over into a slow blues-ballad, reverent and rocking. In perfect taste, the number bloomed in the direction of “Pennies From Heaven” in the style of Stride heading for Bop-with-melody: all the while Anthony Jackson’s guitar is singing like a sax with Simon’s sticks tip-toeing behind creeping up on a Reggae beat under “Softly, As in A Morning Sunrise,” before bringing Beethoven back home. 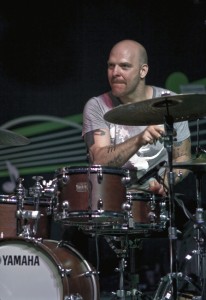 The show then went from real to unreal, like from regular space to quantum space. The Bad Plus, plus Joshua Redman, opened with pianist Ethan Iverson’s “Love is the Answer.” Redman’s tenor leads a melancholy melody with Dave King ticking stitches along the lapels; Iverson’s piano imitates Redman’s riffs then separates staccato into a Debussy-esque space where Reid Anderson’s standup bass intones a lovely sound-wave. As Joshua begins to blow, really long, long, complex lines begin rising in a “Bird”-like way. The excitement builds, peaks, and the band begins to come down together into the piano, into silence, O yeah!

The next number is a tribute to the late drummer Paul Motian that Joshua takes screaming up and down the scales in chaotic rhythms stirring up a quantum froth in which bass solos, snarls of snare and cymbal mix with strings of frantic piano riffs, the whole tangle managing somehow to seem simultaneously crazy and lucid.

Some other tunes I noted were Dave King’s “Thrift Store Jewelery,” “People Like You”(from the album Never Stop), and Big “Eater”(from These Are the Vistas). One more amazing than the next, but all leading to an overwhelming conclusion: that discord and harmony are the same; that noise and silence are the same; that excitement and peace are the same. 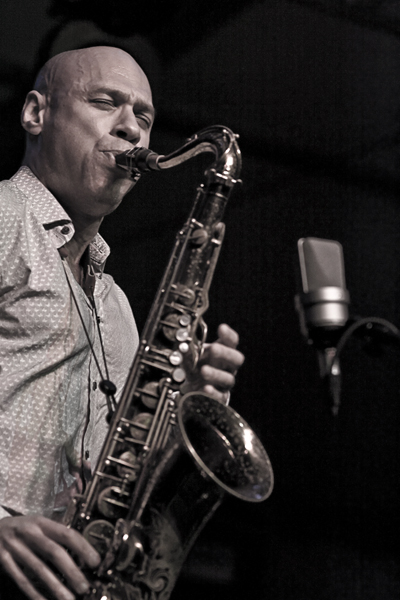 Joshua Redman fits in with the Bad Plus like a hand in a glove on the driving wheel of a high performance engine. Plus, there comes out of his horn a message I have never heard before: it’s a harsh, shrill, tone—flat, with no vibrato—that he sustains sometimes on a single note, sometimes along a run of adjacent notes, holding it steady like a banner in the midst of a raging sonic war. I don’t quite know what it means, but it sure brings my mind to attention. And that’s good enough, for now.

Please leave your comments on the text  HERE.

Please send your comments on the photos to Eric Fefferman