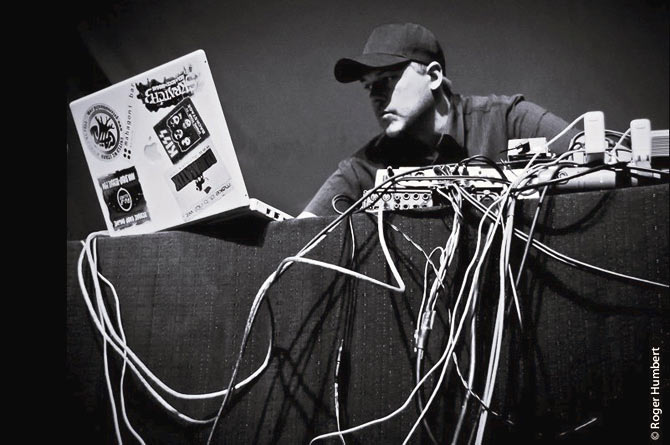 Last night in Metro Square was a great night to move your body in different grooves.

Dubmatix brought on a dubbed electro reggae sound that bobbed up and down like ducks on a lake, like the monitor-line of an off-beat, healthy heart, like the circle-game of painted ponies on a carousel.

Spanish Harlem Orchestra’s New York Salsa ripped through the tent like a tropical typhoon, like a three-ring circus marching band parading into town with elephants, acrobats, jugglers and clowns.

The band (two techs, sax and bass) played about an hour without a gap (even for applause).  They laid down syncopated tracks that seemed to be going “chip-chip, chip-chip….let it flow.” Unearthly sounds, fibonacci echoes, melodies, counter-melodies, roots vocals, dj creaks ‘n squeaks, laced into place by hypnotic repetition dub. It all came out mellow, mysterious (because you can’t quite tell where the music is coming from) with a touch of something wild.

Oscar Hernández’ thirteen-member, double Grammy-winning Spanish Harlem Orchestra showcased their fourth album of New York Style, On-2, traditional Salsa,Viva la Tradicón. This is totally extraverted music, with the three vocalists modeling the footwork, turns, finger-popping and hand-claps the audience is almost compelled to give back in response.

The Hernández arrangements, as complex as any jazzband charts, are an organized, multi-layered rhythmic assault involving 2 trumpets, 2 trombones, sax/flute, piano, congas, bongos, timbales, claves, cowbell, guiro, all totally tight with the three aforementioned smiling, dancing, vocal trio. It’s like a salsa attack synchronized from below-ground and up by sonic sappers, infantry, artillery, ships, subs, ‘copters and bombers: you gotta give in, raise your hands and surrender your body to the music. To see what that would look like, check out the photo by Roger Humbert right here.

This entry was posted in Reviews and tagged Dubmatix, Grammy, Juno, Reggae, Salsa. Bookmark the permalink.