Conductor James Gafigan and Soprano Measha Brueggergosman bring the TSO Audience to its Feet. A review by Stanley Fefferman 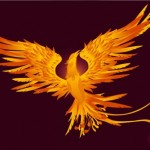 As the poets of old have said, art is alchemy: it takes the events of our life which are brass and transmutes them to gold. It is rare when this transformation happens in every item on a concert program, but it was mostly so last evening at the TSO. At the core of the program were two performances by soprano Measha Brueggergosman.

Her first offering was Knoxville: Summer of 1915, Op.24, Samuel Barber’s setting of the prose-poem by James Agee memorializing a child’s twilight memory of one summertime—“that time of evening when people sit on their porches, rocking gently and talking gently….” Measha’s voluptuous instrument follows the natural line of Barber’s music, rapturously caressing the details of the street soundscape—” of birds…a horse drawing a buggy…a loud auto…people in pairs, not in a hurry…a streetcar raising its iron moan.” She is careful not to sentimentalize the nostalgia. She sings sweetly but maintains natural, conversational diction that keeps it real, down to the sobering reflection, as the child is being put to bed, that the all the loving and caring people will someday  reach “the hour of their taking away,” and that they “will not ever tell me who I am.”

Conductor James Gafigan keeps the tempo flowing and for the most part scales down the orchestral part enabling Measha to keep her sound svelte, liquid, and without strain. For all the excellences of the performance, I could not totally bridge the gap between prose-text, streetscene and artsong.

I had no such problem with the settings by Henri Duparc of four French poems, including two by Charles Baudelaire. The text of his “L’invitation au voyage” fulfills its promise “to satisfy your slightest desire.” The opulent burnish Ms. Bruggergosman brings to Duparc’s soaring arpeggios reflects the stillness at the heart of the song. Her mellow, effortless trilling evokes the somnolent luxury of “Phidylé.” Duparc’s passionate setting of Baudelaire’s “La vie anterieur” has a trumpet fanfare that sang like a choir enclosing Measha’s eerie vocal lines. Her desolation sighs in dark Mahlerian colours through “Au pays où se fait la guerre.” This performance brought the audience to its feet for several ovations.

Her triumph this evening was matched by the audience’s appreciation of guest conductor James Gafigan. In addition to accompanying the vocal part of the program, he led the TSO through two tack-sharp performances of fairy-tale scores: Stravinsky’s Firebird Suite and Ravel’s Prelude and Five Pieces from Mother Goose—musical descriptions of “Sleeping Beauty,” “Beauty and the Beast,” “Tom Thumb,” and so on.

Gafigan’s depiction of childhood wonder in Ravel was translucent, palpably delicate, and crisp as spring leaves unfolding. His nuanced direction let the bassoon be goosey, the basses throb with an arterial richness; the winds–particularly the flute-and harp—worked together like wind and birdsong, the horns’ fanfare ushered in a golden age, and concertmaster Crow’s violin invited pleasant dreams.

Gafigan shot an ostinato blast of trombone into the slow bass rumble that opens Stravinsky’s Firebird Suite, settling an air of drama over the enchanted garden where the Firebird battles the Infernal King Kastchei for the lives of Prince Ivan and thirteen princesses. The marvelous orientalisms of Stravinsky’s music sail one away like Sinbad to realms of the imagination where the tales-within-tales of Scheherazade unfurl. The tremendous generosity of this performance earned instant standing ovations.