Posted on March 8, 2013 by Stanley Fefferman 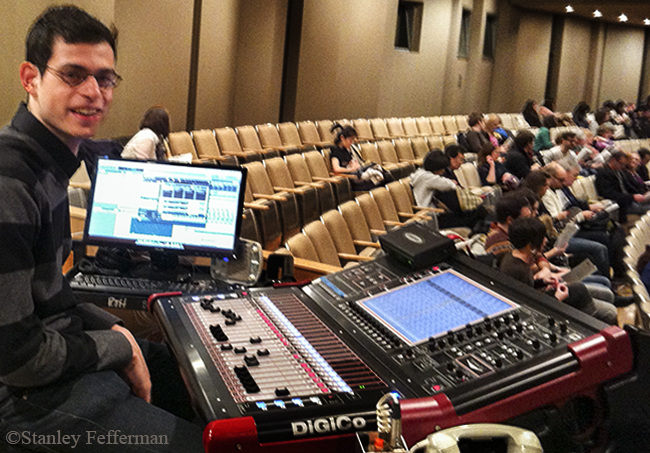 The theme of the Toronto Symphony New Creations Festival 2013 is ‘The Orchestra of the Future.’ Curator Tod Machover explained that soon orchestras would include electronics. Machover’s contribution to the evening’s program, entitled Sparkler, is a collaboration with his team at the MIT Media Lab, represented here by Ben Bloomberg at the consoles, and the TSO. It is a kind of overture intended as a ‘young people’s guide to the orchestra with electronics’. Microphones capture the entire orchestral sound, which is analyzed ‘live’ through MIT lab software that morphs the entire enterprise into a kind of ‘hyperorchestra’.

Sparkler’s 10 sections are embedded with borrowings from Beethoven and the Beatles. It’s hyperorchestral undulations are lovely. It starts out sounding a bit like Mahler—with a simple, soft flute-cum-winding-horn melody— and ends up sounding like the TV theme for Disney’s Fantasy World.

I enjoyed watching guest conductor Carolyn Kuan performing— shooting out her arms, flashing sequences of one and two-fingered signals, grabbing snatches of sound from her sections out of the air and pulling them in. Big percussion in the final movement gives this 12-minute piece a ‘short ride on a fast machine’ kind of sound. The coda runs back into its soft, romantic, opening mode before lapsing into silence. 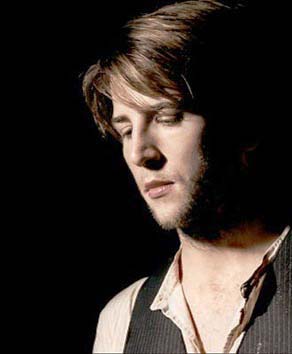 Violinist Pekka Kuusisto’s skill with Bach inspired this Violin Concerto written for him, and with his collaboration, by Owen Pallett, the famous Canadian indie-pop musician and arranger, formerly known as Final Fantasy, who also played violin for the band Arcade fire.

Violin Concerto is a completely unelectronic work, in the form of a four-movement Baroque sonata that features the solo violin played against an orchestral backdrop.

Double-basses and chimes open a space that the violin enters meekly with a repetitive melodic phrase that sets off sympathetic vibrations in the orchestra. The music rolls out serene and pleasant scenery such as you might see from a car window at twilight crossing the prairies in Spring. 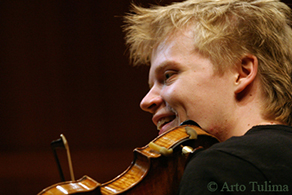 The second movement is in the form of a fugue. Kuusisto fiddles madly rhapsodic string voicings in sympathy with the orchestra that is tuned a bit flat to give the work a subtley microtonal flavour. Interesting dissonances and hoedown rhythms gives the work a folky resemblance to Bartok.

The brief Andante wandered through strongly-themed lyric territory that the violin explored extensively. Pallett’s final Presto got the violin spinning a whirlwind rhythm propelled by orchestral pizzicato. Maestro Kwan conducted crisply, but more attention to colouring could have relieved the element of repetition at the end. This performance that was popular with the audience, to judge by the applause, and by the crowd that flocked at intermission to an interview in the lobby with Pekka Kuusisto. 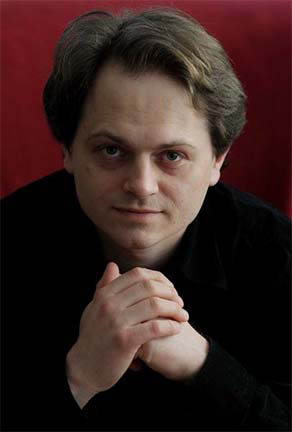 In a post-apocalytic future, an orchestra might sound like the TSO performing Vabeni by Krystof Maratka. This 50 minute work is serious stuff, belonging to a far higher order of beauty than it’s predecessors on the program. No Disney here, and no Baroque hoedown. Vabeni is more Carmina Burana meets Stravinsky’s Rite of Spring meets Bruckner’s Fourth Symphony and beyond.

Under the direction of Peter Oundjian, The Elmer Eisler Singers and the Amadeus Choir became a Paleolithic tribe that functioned as soloist, chanting and shouting phrases of an invented prehistoric language, slapping their faces and bodies, uttering animal calls, hissing like serpents, blowing bird-whistles and kazoos. The orchestra’s magnificent, throbbing landscape absorbed these primordial languagings like a forest absorbs a wind alive with nocturnal intentions.

This work was so powerful that it freed many patrons to reveal their true intentions: chattering in their seats and stalking out during and between movements. My hat’s off to Tod Machover for including it in this program.

Vabeni:Ritual of Prehistoric Fossils of Man is the third part of a trilogy Krystof Maratka began writing in 2008 that draws its inspiration from prehistoric art. I hope my orchestral future includes a recording of the entire trilogy.