Posted on January 30, 2013 by Stanley Fefferman 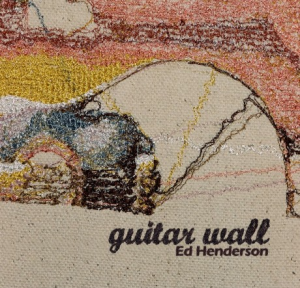 The kind of finger-picking Ed Henderson does on his second solo album, Guitar Wall, hmm, I could listen to it forever. His moods are mellow-relaxed or mellow up-beat, his textures inventive and varied, and his technique is solid.

“Sorrows” takes you right down to where the shoe pinches, but in a mellow tone. Ed picks up the beat in “Friends” and gets his fingers dancing in a tune that rocks and rings with feeling good. All his tunes are original, some more than others. “Corazon,” “Old Dear” and “Charlotte” have really pretty themes that give me a good feeling, but also the feeling I’ve heard them, or bits of them before. “Catch the train” really rips along in a tribute to Lenny Breau and Chet Atkins and shows that though he likes to go slow, deep and soulfull, Ed can play as fast as anybody. “Koa Wood” artfully flavours rich guitar lines with the pitches of ukelele. There are, thank goodness, no vocals, but Henderson has the lyric gift and his guitars sing in a way that recalls the jongleurs and balladeers of long ago.

Guitar Wall had a long gestation (since 2009’s Intimate). Ed’s no spring chicken either–he played with Chilliwack back in the day. Therefore his message is mature and well worth the listening.