Roby Lakatos Kills it Softly at Koerner Hall: a review by Stanley Fefferman

Posted on January 27, 2013 by Stanley Fefferman 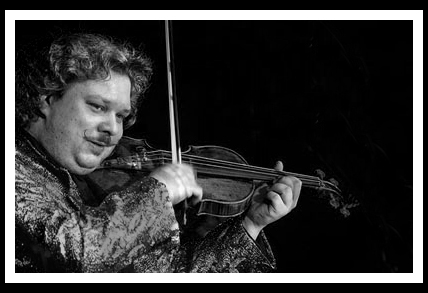 Roby Lakatos, a 7th generation Hungarian fiddler and current King of Gypsy Violinists, played Koerner Hall last night with his  ensemble and thrilled the audience. Lakatos’ sound is loud and electric like the excitement he stirs in his audience, many of whom came to the concert in family groups that included grandparents and children.

Some of the music was “schmaltz” that pulled at your heartstrings, and got you clapping in time at all the predictable places, like the medley from Fiddler on the Roof. And some of it of it, like Monti’s “Csárdás,” and Rimsky-Korsakov’s “Flight of the Bumblebee” were vehicles for the jaw-dropping, ‘fasten your seat-belts’ virtuosity of Lakatos and every member of his band. But the musical sensitivity Lakatos displays as player and leader, carries you past the admiration of prowess, into a realm of pure, physical abandon to the power of music.

You enjoy the changes he puts you through with arrangements that slide seamlessly from traditional Roma, to Klezmer, to Piazzola, Marricone, Django Reinhart and Stéphane Grappelli jazz riffs, and beyond that ripping off hard-swinging bop lines.

Lakatos keeps centre-stage while he plays, roaming it like a tiger, pausing beside each of his sidemen to do a duet or signal their solo. Once, out of great respect Lakatos stood in the darkened wing while Jeno Istvan Lisztes (“the world’s greatest cimbalom player”) soloed. And once, on a serious note, he introduced one of his own compositions titled with the digits of the number tattooed on the arm of his grandmother in Auschwitz.

The most memorable moment was Lakatos’ second encore performance of “The Lark,”  that had his violin whistling beyond-belief varieties of birdsong sul ponticello with harmonics high and light on his instrument. But most of all I will remember how easy his laughing eyes and mischevous smile made all his magic seem.