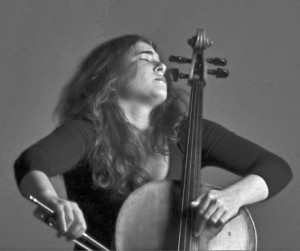 I have come to appreciate Thomas Dausgaard, the Dane who regularly guest conducts the TSO, for his enthusiasm and light touch. Today, he buoyed the Beethoven-obsessed Brahms Symphony No. 2, making it dance with a Mozartean élan.

Dausgaard’s other gift to Toronto this day was Sphinx (1910), a short piece of music by a Danish composer Rued Langgaard (1893-1952) who was almost unknown during his lifetime. Dausgaard has championed  Langaard’s resurrection by  recording his16 symphonies for the Dacapo label.

The music of Sphinx emerges from silence in Saharan or oceanic undulations: non-melodic ostinato variations swell, subside, and rebuild themselves in dark, brassy- coloured waves broken by  occasional birdlike cries of wind instruments. The title, “Sphinx” bespeaks the composer’s intention to present through music, the enigma of existence. Highly original music.

Alisa Weilerstein gave us a unique reading of  Shostakovich’s Cello Concerto No. 1 in E flat. There is a canny quietness to her approach, as if to say that the savage, sardonic humour, the passion and the tenderness we expect from this work has a specificity we never expected. Listening to the moderato movement, the prophetic phrase ‘still, small voice’ came to mind. It is possible this unnameable something in Ms. Weilerstein’s reading came out of hints given to her in a meeting with Rostropovich, for whom the Concerto was written.

When she plays, there is a definite sense of her voice playing ‘with’ the orchestra in a living dialogue that has almost seems improvised. Weilerstein’s 1790 Forster cello and Ouchard bow produced tones that I have never heard before, strange tones expressing compassion for a unique misery. Just before the duet with clarinet in the sad second movement she gave a passage a bluesy slur, and I had the sense of understanding afresh the creative mind of the composer pushed by the Soviet system to its limit and perhaps a little beyond, yet always coming back in strength like the gingerbread man escaping the jaws of the fox.

Her third movement solo cadenza seemed to focus on the spaces between the notes. It starts soft and low rising arco—often double-stopped and pizzicato—in a weird flight on the wings of the composer’s DSCH motto to an orgiastic finale that passes into excitement and beyond, into a sense of liberation and insight.

This program, not to be missed, will be repeated on Saturday, May 26