Posted on April 1, 2011 by Stanley Fefferman 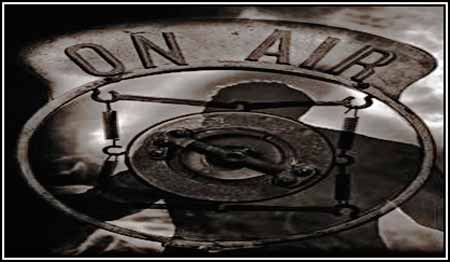 Bernard Herrmann put music to more than 20 Hollywood movies. To honour the centenary of Herrmann’s birth, The Art of Time Ensemble put a movie to a suite of Herrmann’s film scores. Dan Parr composed the suite, entitled Herrmannthology, and Tess Girard crafted a really interesting film out of her mix of live and still footage from Herrmann’s most iconic films which include: Hitchock’s Psycho, Vertigo, North by Northwest, The Birds, The Man Who Knew Too Much; as well as Citizen Kane, Cape Fear, The Ghost of Mrs. Muir, The Man in the Grey Flannel Suit, and The Day the Earth Stood Still.

The list goes on, and the point of of bringing attention to the list of Herrmann’s scores is that he made the music that is in the back of the mind of every one who ‘went to the movies’ since 1940, as well as all the generations who watched and listened to Herrmann’s music on television behind episodes of Twilight Zone, Gunsmoke, Perry Mason, Have Gun Will Travel, Alfred Hitchcock Presents, and Clint Eastwood’s first big exposure, Rawhide.

Herrmann’s music is the definition of ‘Iconic’ for his era (he died in 1975, hours after finishing the score for the Scorcese/De Niro film Taxi Driver). As Ms. Girard’s elegant film mix shows, the defining emotion of those films is —!!!FEAR!!!—: Cary Grant running for his life from the pistol-packing pilot of a crop-dusting biplane; Janet Leigh peering beyond her windshield-wipers as she unknowingly drives to the motel where Anthony Perkins waits to slash her shower-curtain; Jimmy Stewart waking in terror from a dream of falling; Robert Mitchum with a stranglehold on Gregory Peck.

Dan Parr’s Suite arranges Herrmann’s most familiar themes into a formal structure that brings out their obsessive, murky, drama-laden qualities, while still keeping the originals’ lighthandedness, in the way excellent urbane music by Hindemith, Poulenc and Kurt Weill can be. Some of the finest musicians in the country, with Andrew Burashko in his conducting debut, make this a dynamic listening experience. Tess Girard’s film mix follows Parr’s music seamlessly to the point where her flow of images provide a helpful visual cue for the music’s ‘recapitulation’ and ‘coda.’ Her imaginative skills in editing, double-exposing, mirroring and masking add considerable art and structure to the overall impression of real quality in this particular part of the evening’s entertainment.

Another of Herrmann’s iconic undertakings was being musical director of The War of the Worlds, Orson Welles’ notorious 1938 radio-broadcast hoax, that simulated a real-time news bulletin covering a holocaustic Martian invasion of New Jersey. Burashko’s idea was to recreate on stage the CBS radio studio from which Welles and his Mercury Theater crew frightened America by bringing as-it-is-happening news of an ET invasion of their homeland into their homes. Burashko acquired the original script Welles used and assembled an A-team cast starring Don McKellar and Nicholas Campbell for this ingenious and amusing period-piece.

As the audience in the Enwave Theatre drift back to their seats after intermission, the stage is set and lit, the actors, in character, are lounging around in the CBS studio waiting for their director to arrive and the broadcast to begin. The director (McKellar) arrives with seconds to spare, cues the Announcer (Marc Bendavid) to introduce “Ramon Raquello and His Orchestra” (actually the CBS orchestra under the direction of Bernard Herrmann–played by Andrew Burashko) doing a rendition of “La Cumparsita” from a remote hotel ballroom. The characters make sly faces at each other as McKellar initiates a series of cues to ‘interrupt’ the music with bulletins from the Announcer about unexplained airborne ‘disturbances’ around Grover’s Mill, New Jersey, and increasingly lame explanations of these disturbances by Princeton astronomer Prof. Pearson (Campell) which downplay the life on Mars theory.

After a few first night fluffs, the acting settles into a pretty convincing groove. Burashko’s directing is sharpest in the shifts between the characters pretending to be broadcasting a straight music show and pretending to be reporting on a disaster that they are in the process of simulating. These tongue-in-cheek flows provide some of the evening’s highest moments. There is almost no emotional material in the play, nothing going on between the characters, and whatever emotional interest there is in the script, is a hoax. This circumstance kept the production, so truly fancy in its footwork, from ever really taking off. That said, what most amused was the ingenuity of the storytelling and the balletic flow of sound effects from foley artist John Gzowski. And beyond that comes the morning-after-effect of an Art of Time Ensemble production: the feeling of having been in a zone of talent that is alive and ambitious and expanding without set boundaries.

The War of the Worlds is presented in association with Harbourfront Centre’s World Stage. It runs to Sunday, April 3. Visit artoftimeensemble.com for tickets.