Posted on March 4, 2012 by Stanley Fefferman 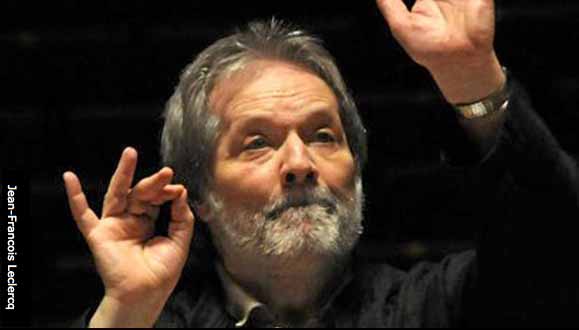 A full house (almost) at Roy Thomson Hall—for a concert of New Music? Yes! And standing ovations that wouldn’t quit for the première of Derek Charke’s Concerto for String Quartet and Orchestra? Too right!

Charke’s music is eclectic, hectic and sometimes electric. The concerto’s finale is a post-climactic mix of the Toronto Symphony Orchestra playing mournfully, while out of the speaker system issue loud chords by Kronos String Quartet infused into a taped soundscape of eerie narwhal and ring seal vocalizations that is simply beautiful. It prepares a silence that is the hallmark of a fulfilled audience resting before an explosion of appreciation.

Backing up from the concerto’s finale we find ourselves excited by a toe-tapping, percussive frenzy of rhythms driving in successive, serialist waves that rock the room like its back ain’t got no bone. And backing up towards the beginning we get broken bits of sound and silence that gather into oscillating melodies broken by guttural grunts, yells and cries by Kronos. Listening backwards or forwards, Charke’s music is about the freedom to be an individual, and the audience got it.

The ensemble was conducted by celebrity composer Peter Oetvos, who was invited to curate this year’s New Creations Festival. As a musician Oetvos can be tagged in the company of Stockhausen, Boulez, Ligeti and Kurtag. He is also tech and electronic competent. This evening he conducted his own 1998 single-movement composition Replica for Viola and Orchestra with TSO’s Teng Li as soloist.

In a score that must be daunting for the soloist, Oetvos conducts a humming orchestra behind the soloist who produces an almost-melody out of the groaning, scraping, sinking sonics of a metal structure under stress. Thin, high notes rise and spread like dandelion fluff in the breeze as the mood becomes sensitive and spacious before tuba, and vibraphone usher in a section of almost Russian drama in which the horns seem to speak an almost-human language. The orchestra, most noticeably in the double-basses replicate the voicings of the viola; the trumpets are sympathetic. The work ends in a hushed tintinnabulation of cymbals and gourds, good silence and an enthusiastic audience.

The program’s third work—very different in its own way—that actually opened the evening, was Jörg Widmann’s 12 minute concert overture Con brio. The work is orchestrated like the Beethoven’s Seventh and Eighth Symphonies. While Con brio doesn’t quote Beethoven, there are many passages that sound like tribute. However, recurring fanfares and brief passages of conventionally tonal beauty mingle with sonics that suggest onomatopoeic tribute to nature: the whisper of wind, the crack of a whip; mice scurrying in the attic, acorns dropping onto the roof; squeak of wheel, creak of hinge, panic of birds, thrum of wings, clicks and squawks and insect buzz. The sounds may seem weird, but the effect is exhilarating.