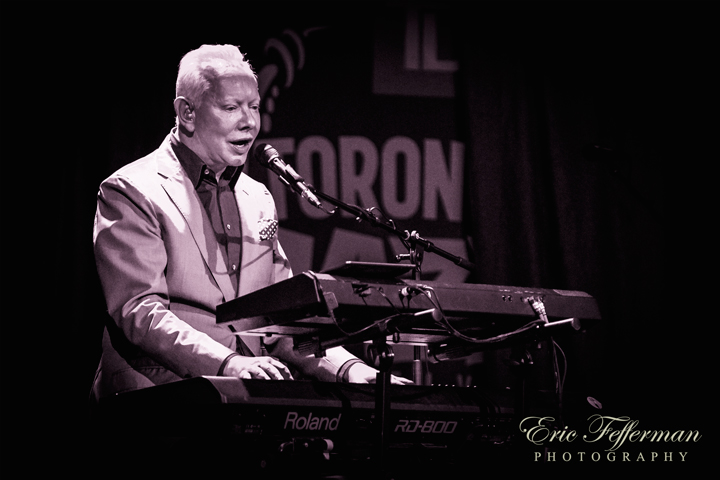 Joe Jackson was welcomed with open arms at the TD Toronto Jazz Festival Main-stage
Series closer at Nathan Phillips Square last night. Playing to the first packed house I’ve
seen under the tent, Jackson took the stage alone with his piano to warm us up for the
show. He let us know right away that those that came for the nostalgia would not be
disappointed by opening with It’s Different for the Girls, from his 1979 album, I’m the Man.

On Home Town, from Jackson’s 1986 release, Big World, we heard a voice in fine form. I
happened to be sitting next to one of the original recording engineers on this track and he
could not stop grinning! Talking about the festival, Jackson quipped, “Too bad we don’t do
any jazz. I am a jazz fan if that counts.” While his sound is decidedly pop driven, his
career has spanned so many genres, it really is impossible to pigeon­hole him to one
label.

Amongst the catalog overview (nineteen studio albums!), the title track from his latest
release, Fast Forward, fit in seamlessly. On the surface his work, particularly before the
band joins him on stage, is pretty straight up and easy to access. But upon a deeper
listening you discover layers of sound giving rhythm and texture to his music. While not
truly jazz, that complexity of sound is the place where we can most easily connect Joe
Jackson’s offerings to the spirit of a jazz festival.