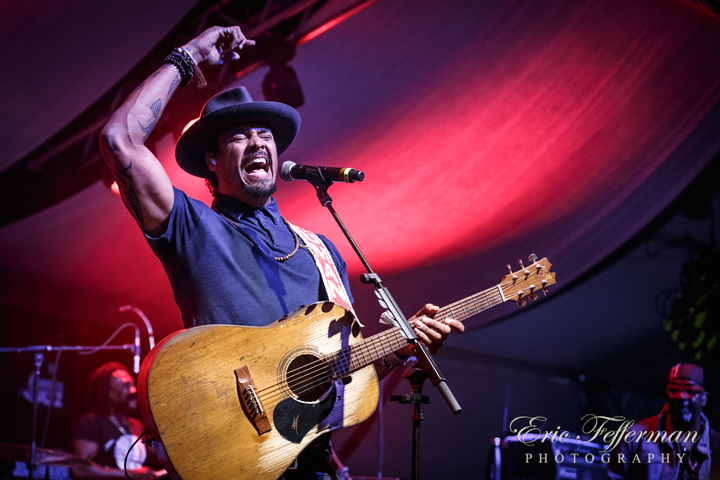 When city councillor Kristyn Wong­-Tam enthusiastically introduced Michael Franti, the
crowd burst up, cheering and applauding ­ before he’d even hit the stairs to the stage! No
encouragement needed for this audience to be on their feet and ready to dance. The
difference between Michael Franti and any other performer is that his audience enters the venue already at his mercy. Before he utters a word or strums a note, all in attendance
are on board and ready for the ride. Michael Franti tells the audience, “Jump!” and they
jump. He says, “Wave your hands!” and every hand in the place goes up. He says,
“Clap!” and, you guessed it, they clap. And they love every minute of it! 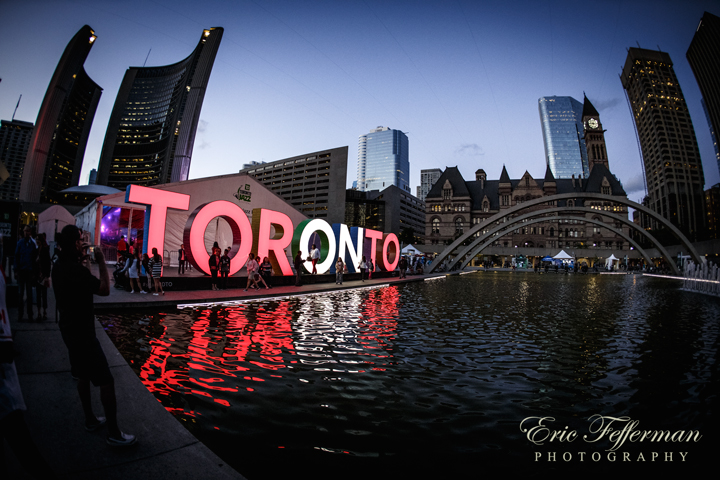 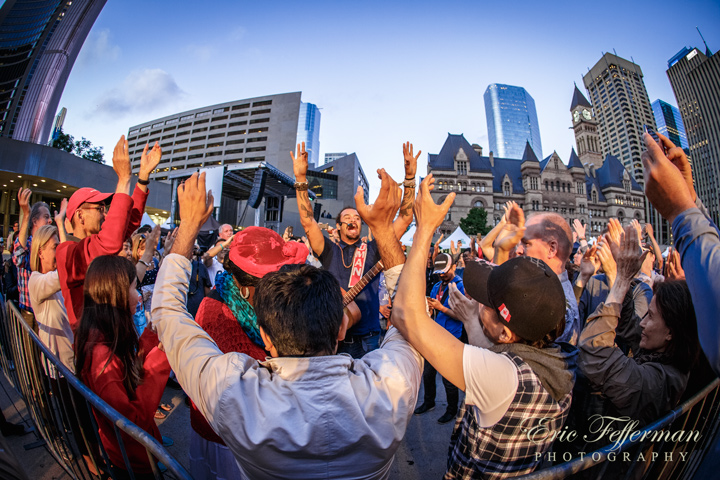 For the second tune, Sound of Sunshine, over a dozen huge yellow balloons are
launched from the stage and into the crowd. If you weren’t already smiling, this was the
moment the joy overtook you. This was also the point in the evening when Michael Franti
invited the first of many children to join him on stage throughout the night. It has the
potential to get a bit hokey, but when you witness the delight of the young ones you begin
to hear Franti’s message of peace and acceptance and love, and to see it manifest right
before your eyes.
Next Franti exits the stage to skip through the tent and out to the folks outside the tent,
singing and dancing with everyone in his path before climbing onto a small stage right in
front of the soundboard. From this point on at least half of the show will take place here,
with fans being invited up to dance with the man who came to unite us all with his music.
Cherine Anderson, Kingston, Jamaica singer/songwriter and actress, was in town for her
niece’s graduation, and to our delight, Michael Franti surprised her and the audience by
inviting her onstage to sing and rap with him. She added a special dimension to an
already spectacular show. 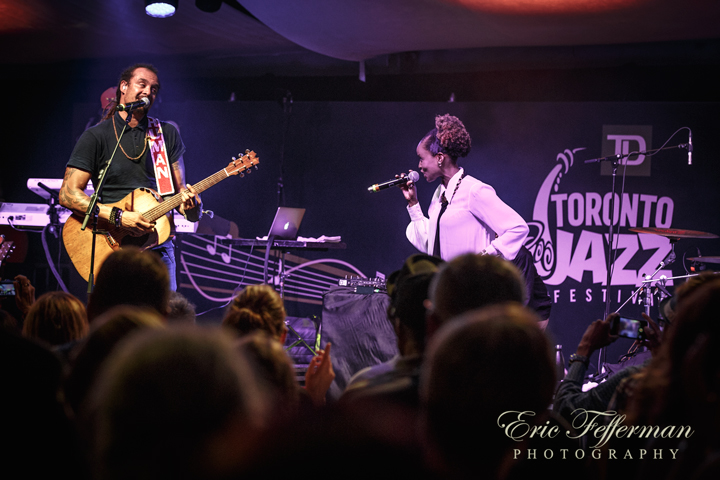 The positivity of Michael Franti cannot be understated. He sings, “One day, one day, all
will say, that it’s good to be alive today.” He sings of love and asks us to hug someone
near us and instructs us to not leave anyone out. He asks us to dance with anyone
nearby. For those that normally like to be on the sidelines, in this space it feels odd not to
participate. Franti inspires us to lose our fears and to be our authentic selves. He treats
music as a sacrament and we take it without reservation. 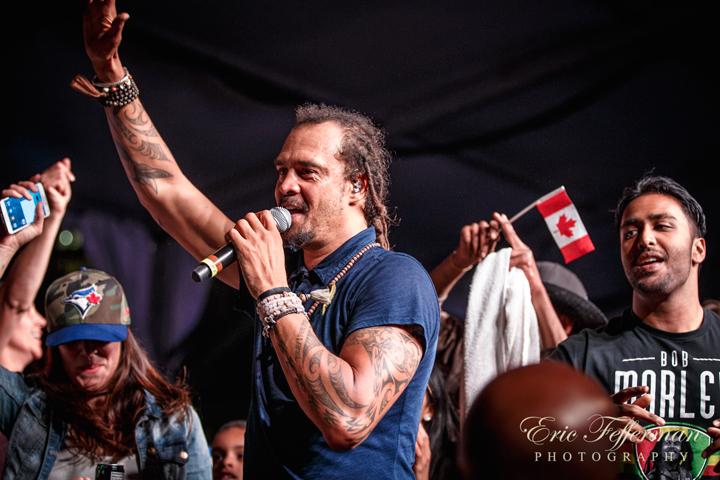 While he may not fit comfortably into the jazz genre, Michael Franti was a perfect choice
or the weekend of the biggest Pride celebrations in the city. He preaches equality, a
strong anti­hate, anti­gun message, and about the freedom to be yourself and find your
own path to peace. And since he married a Canadian, I’ll forgive the Festival for giving an
American top billing on Canada Day.