Posted on January 12, 2014 by Stanley Fefferman 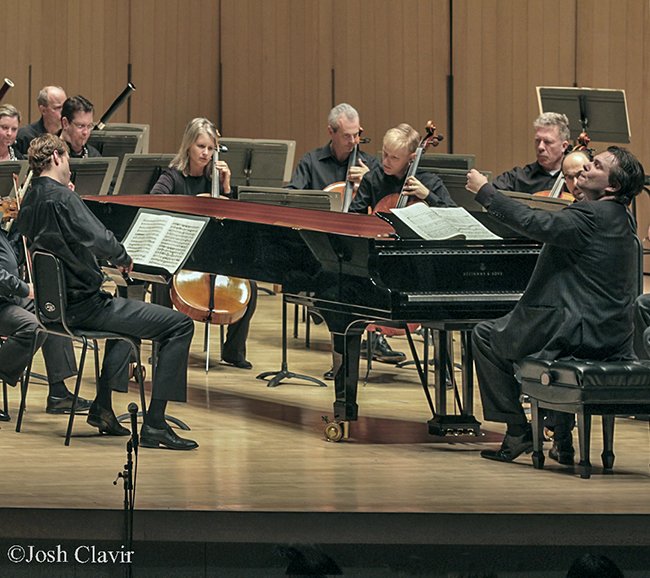 He conducts the orchestra as if he were playing the piano; his playing is a dance, and beyond that when he speaks, Ignat Solzhenitsyn reveals the writer in his blood. Because of the eloquence and enlightenment they contain, I feel privileged to share selections from my notes of Solzhenitsyn’s introduction to this first of the Toronto Symphony Orchestra’s five Mozart@258 concerts.

He spoke of Toronto’s tradition of getting “to know the music of this man who flashed like a comet in the Vienna sky and vanished, leaving behind music that we come back to over and over. Mozart is the most accessible of composers, whether we come to him again or for the first time. He is also the impregnable enigma that haunts musicians all our lives. It is  not difficult to play the notes of his music: children can play Mozart. But to find the message of his music takes a lifetime. For me Mozart is like the fairy-tale mirror that shows us ourselves in the present, the past and the future: who we are and who we really can be. Mozart’s greatness is his perfect expression and it is for that we will always come back.” READ MORE