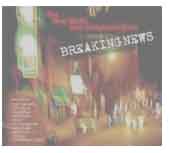 The New Jazz Composers Octet breaks it new with a synched big band sound featuring some stellar solos like Mark Walker’s on drumset during the opener, “Poco Picasso” written by Matthew Nicol. Leader Smith and Felipe Salles on saxophones tear open some new spaces. A sweet piano solo by Tim Ray intros the next tender number that lives up to its name–”Wishful Thinking,” featuring a blue, mellow solo by Walter Platt. The title track written by Walter Platt totally swings in a 40’s big band way that makes you want to dance, O yes. I loved the bittersweet Satie-like “Children’s Waltz” opens then lets the horns take it into a blue wryness. The CD closes with an eye-opening trilogy by Ted Pease, richly orchestrated, subtle and dazzling and diverse. This album goes through a lot of changes, making music that is fresh and new. Breaking News held me for a solid hour on the highway driving to visit my favourite buddy, and another as I write this. Good news makes good memories makes for more listening. Alright!!! 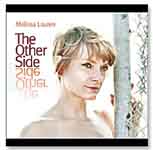 Melissa Lauren, The Other Side. Ml1111

Melissa Lauren is a real jazz singer, good in the way Blossom Dearie or Stacie Kent are good. Once you hear her sing, you want to keep listening. The Other Side, her follow-up album, is a collection of ten original tunes Laura composed on the ukulele, and a few standards including Cole Porter’s 1948 hit “Always True to You in My Fashion.” Ella did “Always True….”, Eartha did it, Peggy and Blossom did it too. So that’s the sisterhood Lauren fits in with. Also, she’s a pretty good songwriter—I like her “Somehow,” a passionate ballad with fine guitar licks by Nathan Hiltz who co-composed “Wrapped Around My Finger,” and “Fondness.” “Your Fool” is an achey, Leonard Cohenish tune that’s backed by a ‘Somewhereovertherainbow’ strum. “Secret world has a kind of horny energy. “Senses” has an almost funky country beat. “On the Other Side,” exploits an Obladi-Obladah backbeat and engages a handclapping response. Not her best. Lauren is a class act on this album. In her next one she could let go more. Just let go. The musicians are good and there are plenty of them: Eric St-Laurent, Nathan Hiltz, Ernesto Cervini, Matt Newton, Ross MacIntyre, William Sperandei, Ryan Oliver, Drew Jurecka. 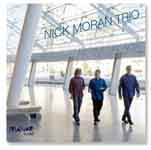 I got off on the wrong foot with this album because the mix has Nick Moran’s guitar too far back: it’s like a bloodless shadow of Brad Whiteley’s B3 which is well enough played, though he’s no Joey D. The organ licks and Chris Benham’s figurations on drumset seem a bit simplistic—not at all at the level of the guitar if it were given the proper sonic weight in the equation. The second cut, “My Beautiful,” a sinewy Bossa Nova exhibits Moran’s skill as a composer for sure. The lines are as lithe and flowing as a babe in an Ipanema bikini, though I wish there was more blood in the audio of the guitar lines. Benham’s light ticks on the cymbal and enviromental B3 surges frame the melody just right. “Intention” has the same overall delicacy. “Slow Drive” goes badass funk, with a kind of “Come Together” weirdness to the groove that I like. “No Time Like Now,” has a come-to-think-of-it Beatle-ish pure beauty. “Natalya” is elegantly elegaic and somehow the levels of guitar and B3 work better here. The closer, “Renewal,” rhythmically very civilized, has the typical Moran melodic lilt. OK. One more listen, at least. 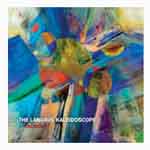 There’s a lot to like in Capsule, aka Brian Landrus’ 3rd: the fat sound of his low register reeds decorated  by filigrees squirting and spurting from Michael Cain’s Rhodes; how that blends with the electronic yipping of Nir Felder’s electric guitar as the whole ensemble motors along the rocks and gravel solid road laid by Matthew Parish on acoustic bass, and Rudy Royston on drums. The style is a mainstream jazz texture inworked with Motown harmonies, Reggae, Brazillian, and Afro-Cuban cadences that spread like relaxation through a serpent. “I Promise” hypnotizes. Royston beats his way into the title track like a woodpecker, and then the ensemble, led by Baritone Sax kind of runs through the jungle of improvisations, keeping their sense of humour. “71 and On the Road,” offers a darker, more gritty groove, followed by “Wide Sky” that has an awesome Latinate piano solo by Cain twinkling over the round sounds of Matthew Parish’s acoustic bass. Capsule the album provides a steady gentle rush that  keeps you simultaneously mellow and awake.