Grace Potter turns on the light (and everything else!) 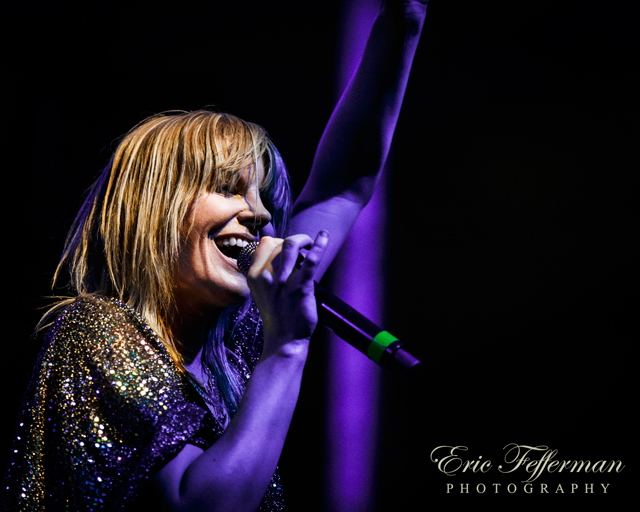 Grace Potter performed at TD Toronto Jazz Festival tonight at Nathan Phillips Square and you should definitely regret not having made it to the show. The crowd was lighter than I’ve seen for many headliners. Lots of space at the sides inside and if you were on the other side of the fence you would have had a great view of a hot show!

It pains me to describe a woman first by a physical attribute, but Grace Potter is smokin’ hot on stage! She exudes sexuality from her glittery dress to the boots she kicked off half-way through her set to her wide open flirting with one and all. Her alluring stage presence is fully backed up by the music. This woman is an entertainer on stage and the music is truly the heart of it all. 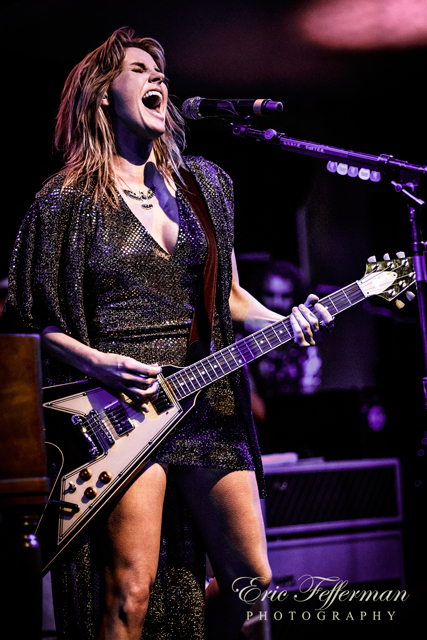 Grace Potter’s style is a little bit country, a little bit rock and roll, and all heart and soul. The beauty of a festival is that you always have a mixed audience of fans and music explorers ready for a taste of something new. After the first few notes, Grace invited everyone to get on their feet, and the audience mostly obliged, but by the end of the night the tent was full of new fans dancing their devotion to the powerhouse on the stage.

As any newly solo artist knows, the fans want to hear some favourites, and when Grace let us know it was time to remove some clothing (her boots) and invited the crowd to cuddle up to the stage she launched into Medicine (“She got the medicine that everybody needs”) and won over the whole audience. From that point on we were at her mercy. 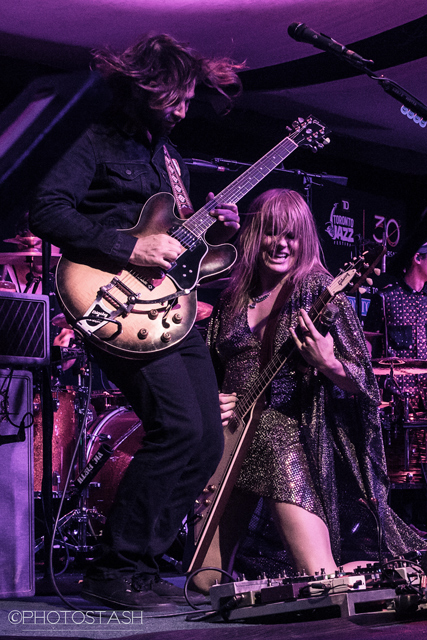 Grace Potter plays the audience with the same expert hands that she plays her Wurlitzer and her signature Gibson Flying V. From wooing us with some Neil Young and telling us “I always wished I was Canadian, never more than right now!” to throwing in tastes of Prince, Black Sabbath and
Bill Withers (Lean on Me), she knew how to reel us in. And we happily let her.

By show’s end, no one needed encouragement to be on their feet. Grace Potter had wooed us, wowed us and then broke our hearts a little as she exited the stage.