Bravos for The Ukrainian Art Song Project: Galicians I reviewed by Stasia Marunchak

Posted on November 8, 2014 by Stanley Fefferman 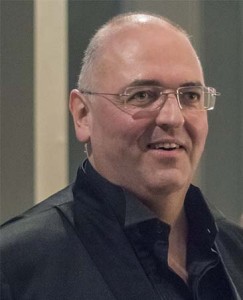 Thanks to bass-baritone Pavlo Hunka, a Toronto audience had the opportunity of hearing the first public performance of a unique collection of Ukrainian Art Songs.  In the Ukrainian tradition, we are used to hearing choral arrangements with beautiful, rich harmonies. For an audience composed largely from the Ukrainian community, this concert of  Art Songs was a departure from what is usually heard in a celebration of our culture.

At a time in Ukrainian when culture has taken a backseat to politics, it was especially poignant to witness to the performance of art songs from the Galician region of Ukraine. Many of these songs have never been heard by more than a very small gathering. Much of Ukrainian cultural and religious pursuits were stifled throughout history with outright bans on the use of the language in all artistic endeavours. To say it was moving to hear this music brought to life for the first time would be an understatement. 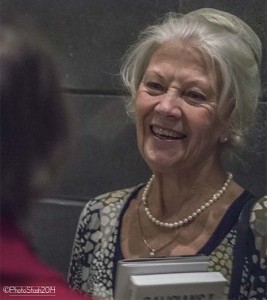 One of the more touching aspects of the concert was the presence of the daughters of Stefania Turkevich, the first female Ukrainian composer. Pavlo Hunka, world-famous bass-baritone and the mastermind and driving force behind the Ukrainian Art Song Project, was visiting one of her daughters, for the purpose of collecting scores from another composer, when she offhandedly asked if he had heard of her mother. To his dismay, he hadn’t, but he has more than rectified that situation now.

However, it is the legacy of this concert and the entire Ukrainian Art Song Project that is the real story. The concert was moving and beautiful, with unique minimalist staging and a quartet of incredibly talented voices bringing the music to life. But the true dividends will come with the completion of the series and the publishing of over 1000 art songs by 26 composers available for free to all on their website www.ukrainianartsong.ca. Students, music educators, choir masters and music lovers alike will be able to access these previously unknown and unpublished scores. We were asked during the concert what Italian culture would be without Verdi or Vivaldi, German culture without Bach or Brahms, French culture without Bizet or Debussy, Russian culture without Rachmaninov or Tchaikovsky. I don’t think it had occurred to much of the audience that we were missing such a vital piece of our history. Our folk traditions are strong, but it is impossible to guess what we have lost with the suppression of so much of our classical roots.

Bravo to Pavlo Hunka and the Ukrainian Art Song Project for ensuring that future generations will have access such a vital part of Ukrainian musical heritage. Perhaps now is the time for all cultures to search their archives for lost and forgotten artists of all mediums and to guarantee their preservation.