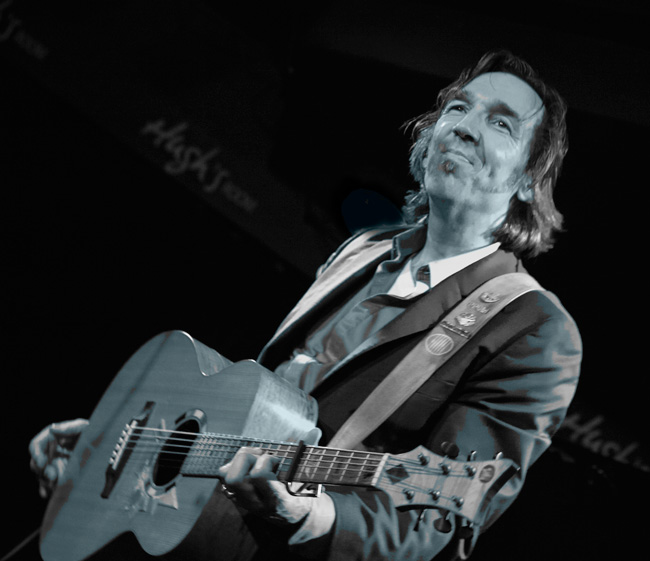 In this photograph, taken while he performed a second set for the packed house at Hugh’s Room, Stephen Fearing is playing the fabled Six String Nation guitar known as Voyageur. As the song goes Fearing “can play this here guitar.” And while he tunes it, as he does after almost every number, he can tell stories and reminisce with an audience that clearly has been following Fearing’s 25 years on the road with his guitars. A big, easy glamour comes off Fearing. If Fearing were a wine, the words ‘bold’, ‘robust’, and ‘generous’ would come to mind: you would notice a  talking-blue flavour of Johnny Cash, traces of Dylan in the way his verses unfold, hints of Springsteen at the upper edges of his register. The lovely duet Fearing did with Erin Costello who opened for him, that was redolent of Ian Tyson and Sylvia Fricker. The event was a CD release for BETWEEN HURRICANES, Stephen Fearing’s 8th solo CD, and the first in seven years for this multiple Juno-winning artist. Sometime soon I will be reviewing that album and Erin Costello’s We Can Get Over. Meanwhile, enjoy the story in this photograph by Eric Fefferman. 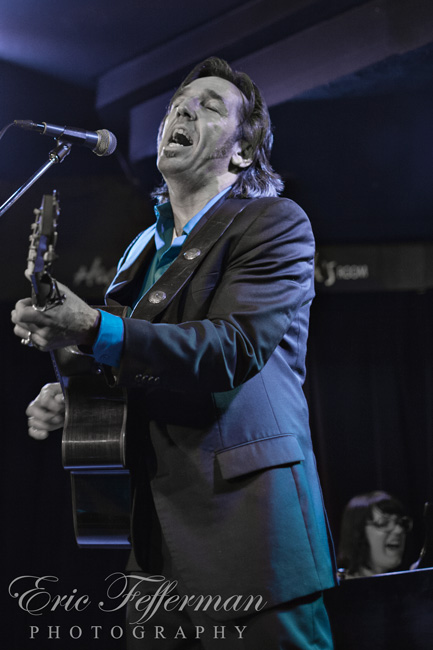 PS. The story of the  Six String Nation guitar is a great one:check it out HERE.

This entry was posted in Reviews and tagged Erin Costello, Stephen Fearing. Bookmark the permalink.