Posted on March 3, 2013 by Stanley Fefferman 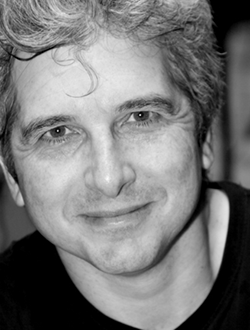 Opening night of the Toronto Symphony’s ninth New Creations Festival. TSO Music Director Peter Oundjian has been successful in building an audience for contemporary music to almost a full house in this city where folks come out at night mostly to hear Mozart, Mahler and maybe Sibelius. The audience at the after-party in the lobby is liberally dotted with guardians of ‘New Music,’ Canadian composers living around Toronto. The concensus is that the three works on the program were listenable but light, easy but not as demanding on the ear as the cutting edge ought to be.  I agree, but I say that music from out of the mainstream that attracts masses of people and makes them as happy as this program does ought to be praised. 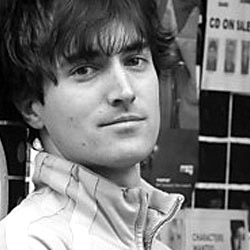 The hero of the evening was Mason Bates (aka DJ Masonic). Bates is Composer-in-Residence with the Chicago Symphony Orchestra. Conductors like Tilson Thomas, Muti, and Slatkin have conducted his compositions. His work as a DJ, as we heard in the lobby tonight, draws multitudes into concert halls and gets them excited. His symphonic piece Alternative Energy (2011) is a tone-poem in four movements for percussion-enhanced orchestra and digital electronics that muses on the power of music past, present and far into the future. Traditional sonics of Debussyesque harp and flute mingle along a line of toe-tapping Appalachian fiddle-music with whole ecosystems of digital synth sounds and the rhythms of techno DJ beats. I listened keenly to this half-hour piece of music-making. 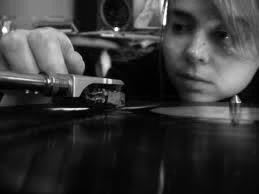 Carolyn Kuan conducted the Bates and the next piece, Nicole Lizées Arcadiac (2005/2007). Ms. Lizeé described her 12 minute concerto-cum-video as an homage to the first, crude-but-imaginative Arcade games of the ‘70’s. Her process of composition involved a week locked in a room “eating chicken wings and playing these games in the hope of winning access to ‘Level 5’ sounds and graphics”. The audience laughed at the opening graphic “INSERT COIN.” A flow of scratchy static and orchestral bumps accompanied the video-stream of runway lights, primitive projectiles, tanks and insectoid targets blooming into pixilated explosions. GAME OVER. Nicole Lizées witty dedication to art as nostalgia earned Arcadiac a couple of standing ovations. 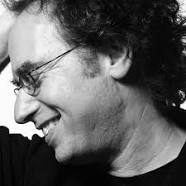 2013 New Creations is curated by Tod Machover who has been in the forefront of contemporary music since 1978, working in state of the art labs at IRCAM in Paris and since 1985 as leader of a team at the MIT media lab where the technology for the video game franchise Guitar Hero originated. Machover’s latest computer-assisted products are the digital composition-tool Hyperscore, and computer assisted Hyperinstruments such as the HyperCello Yo-Yo Ma used to play Machover’s  Begin Again Again, and the HyperPiano we heard tonight played by Michael Chertok in Machover’s three movement Jeux Deux for HyperPiano and Orchestra (2005).

Jeux Deux is somewhat of a cyborg: Post-Minimalist-tweaked 20th Century Post-Romantic tone poem (Schoenberg’s Verklarte Nacht (1899) in particular), heavily impanted with electronics. Over eerie winds and cellos, the strings roll out passages speaking in the idiom Dvorak’s “New World” and “American” music. Percussion and strings mount abounding crescendos around the HyperPiano’s arpeggiated flows. Horns add funk, tambourines take us back to the children’s corner, the world of Babar, and towards the end there are hints of Chinese harmonies. Overall, listening  to Jeux Deux was a lush experience: not striking, but all-the-same, pleasant and refreshing.

In an urban culture where churches still offer sanctuary to period instrument ensembles as well as cutting edge new music groups, it is also good that TSO Music Director Peter Oundjian has persisted in finger-painting possible futures of the symphony orchestra.